This temple founded by Shimkwangdaesa in King Heongang 3rd year (877) is the last temple of Haeinsa, Jogye Order of Korean Buddhism No. 12 parish. Entering the Joseon dynasty, this temple was closed. But in King Saejong 31st year (1449) Priest Wonkyeong rebuilt. Afterwards some reconstructions carried out. In King Sunjo 34th year (1834) due to an unexpected fire, all buildings except Hwaeomjeon were completely destroyed. In King Gojong 23rd year (1886) Kangyongwoldaesa rebuilt this, and then produced many Buddhists. At Korean War, 6.25 in 1950, only leaving Sanshingak and the storehouse, the whole building and Hwaeomkyeongpan 81 volumes 3,287 sheets and Beobmangkyeong 2 volumes each 68 sheets were totally burned down. It is matter of regret that although Hwaeomkyeongpan compiled under the supervision of Seolpa, Sangeondaesa, was famous of the high value of cultural assets, it was destroyed by fire. After that Priest Haeun restored Hwaeomjeon in 1959, and Geungnakjeon in 1966. Therefore this regained the state of the old days, up to the present time.

Now is satisfying the shape as an ascesis place. Before 6.25 Korean War, this had 19 buildings including Daeungjeon and Iljumun. Also this held 13 belonged temples with Biloam, Bonghwangdae in outskirts of this. As for the scale, this is introduced as a big ascesis place after Haeinsa (Temple). 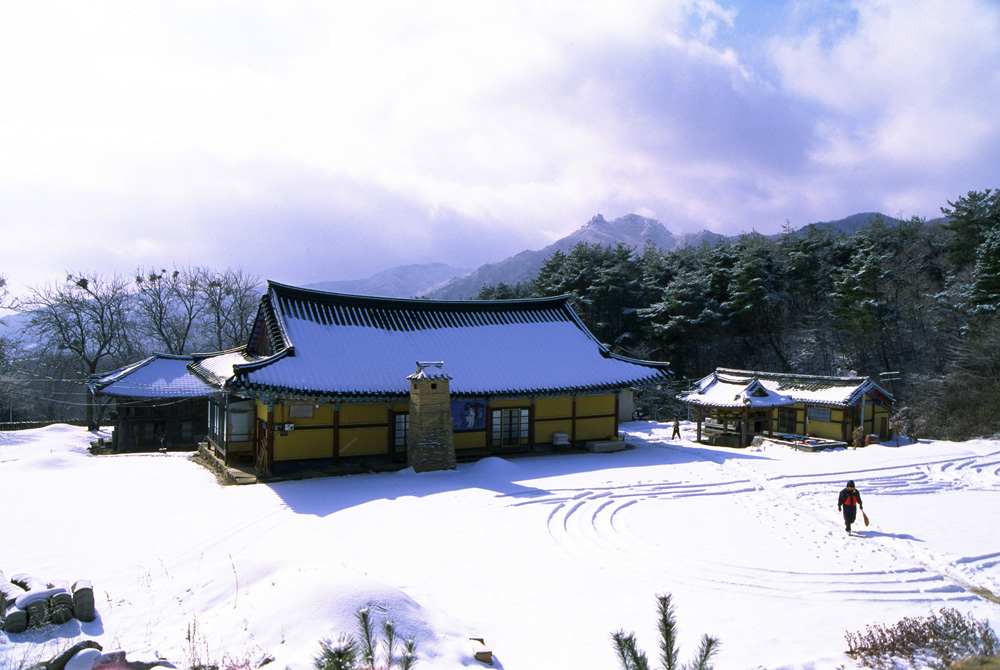